What do employers need to know about payroll changes in 2014?

As with every New Year, there are some changes that you’re company should be aware of with regards to payroll. The following are some things you need to know about payroll in 2014. 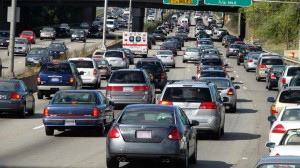 Beginning on January 1, 2014, the IRS announced that the mileage rate for reimbursing employees' business travel in their own cars decreased from 56.5 cents to 56 cents. And the mileage rate for job-related moving expenses decreased from 24 cents to 23.5 cents. Employers using the current IRS rates should adjust their reimbursement rates accordingly to avoid having to include the extra half cent in its employees' income.

New Forms and Guides for Employers

The IRS Issued new W-4 and W-2 2014 forms for 2014, as well as new employer’s tax guide information. For your convenience, you can download them here:

To say on-top-of the latest in payroll, please ask us or check the resources pages/blog of the CPP website frequently. Complete Payroll Processing is a premier payroll company that serves Buffalo, Rochester, Syracuse and various other cities in New York State. Please let us know how we may be of service to you.