Fares, driver pay and the financial side of Uber

With the recent rideshare approval in the New York State budget, we decided to shine a light on the payroll aspects of Uber as a company as well its drivers. How much do Uber drivers make? How does Uber pay their drivers? Are Uber drivers Employees or Independent Contractors? Here in Payroll Country, we are excited to answer questions like these.

What determines how much an Uber driver makes?

Essentially, Uber drivers decide how much they make on their own terms. It is important to remember that with Uber there’s no boss, no office and no set schedule, so how much an Uber driver makes isn't concrete. However, a few key factors come into play when considering the differences between each driver's salary. These determining variables include when, where and how many hours a week the Uber driver drives.

Below is a graph of a few net earnings for Uber drivers around the country... 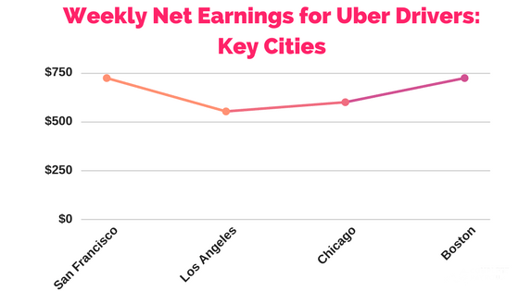 How much do Uber drivers make an hour?

On average, Uber drivers make around $19 an hour. In large urban cities, like New York City for example, the average is over $30 an hour.

How much do Uber drivers make per ride?

There is a simple formula that can be used to determine how much an Uber driver will make per ride. Fares are calculated by taking the time and distance and adding the base fare and booking fee. Booking fees are approximately $1-2. 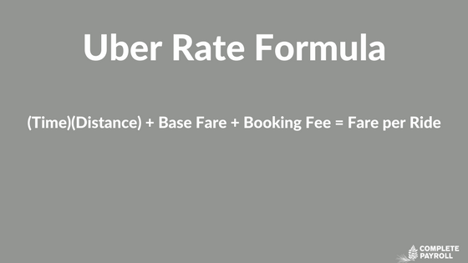 How does Uber pay their drivers?

Uber pays its drivers weekly through “Insta Pay." Insta Pay is Uber's version of direct deposit, where weekly fares are automatically deposited in the driver's bank account. “Insta Pay” allows drivers to transfer their current earnings to a debit card account at any time of their convenience.

Many may wonder if Uber drivers fall into the category of employees or independent contractors.

Uber classifies their drivers as independent contractors, and here’s why...

First, the drivers have a higher degree of control. Uber drivers have no boss, no office and no set schedule. Secondly, they are not entitled to host protections and benefits like minimum wage protection, overtime pay, meal breaks, unemployment insurance and reimbursement of business expenses. Finally, the drivers of Uber are not entitled to payroll withholdings, including federal and state tax withholdings.

Generally, drivers keep 75% of the fare price for any given ride and Uber takes 25% of the fare. To calculate an estimate as to how much on average a driver would take home for a 30-minute ride, there are additional deductions to consider like the Rider Fee and other expenses (gas and vehicle expenses). After taking all deductions into account, the average Uber driver will generally take home $9.13 from a 30-minute ride.

What are Ubers best/busiest work hours?

Most Uber drivers would probably like to know when to schedule themselves to optimize their possible earnings. Here are the busiest work hours for Uber...

How do drivers with Uber pay taxes?

As discussed earlier, Uber drivers are independent contractors who are essentially running their own business. Tax from their earnings are not withheld by the state or federal government, therefore they are responsible to file taxes at the end of each year. A 1099 form is sent to each driver earning $600 or more during a calendar year. There is a new feature on the Uber app for Uber drivers to check their tax materials, tax summary, and 1099 form.

Can you be a part time uber driver?

As mentioned earlier, a driver with Uber has a completely flexible schedule with hours' determinant on his or her own personal preferences. So yes, of course one can be a part time Uber driver. Uber is a great fit for people who are looking for temporary, seasonal, part-time, or even flexible full time opportunities.

As reported by a national study across 20 of Uber's largest markets, 80% of Uber drivers drive fewer than 35 hours a week. More than half of Uber drivers only drive between one and 15 hours each week. 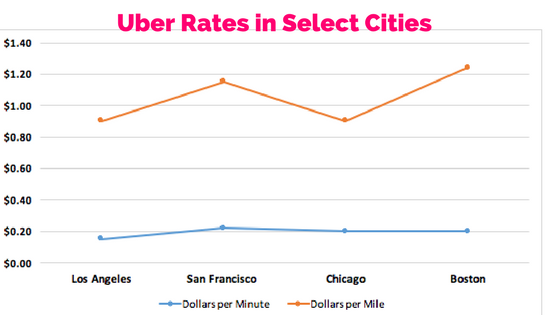 Is your current payroll or HCM situation driving you crazy?