Minimum wage in New York - What do the experts say?

Governor Andrew Cuomo signed into law a series of minimum wage increases for New York workers back in April. And we wanted to know what business leaders and industry experts thought about the new minimum wage law in New York.

First, here's a quick overview of the changes...

So we reached out to business owners and industry experts (HR directors, consultants, etc.) in New York and asked their opinions.

We asked them to consider the impact the new minimum wage law in New York will have on both their business as well as on the state economy as a whole.

Here are some of the responses...

Disclaimer: This is simply a publication of other people's opinions. None of the comments in this article necessarily reflect the views of Complete Payroll, its employees or its clients.

For my business, we get paid on placing skilled workers in their new jobs, so I think the minimum wage increase will will have little effect on our business as a whole. All of our employees are currently above minimum wage and the increase in NYS will not have an impact on that.  However, for those that have to have businesses that are reliant on hourly, minimum wage workers - they will be impacted.  Many people only think about the large chains, which should be able to absorb the increase.  However, I tend to think about mom & pop shops that will be affected by the increase.

I could also speculate that spending will initially go up when people start to make more money, but because of the expense increase, all goods will start to increase and spending will even out again. 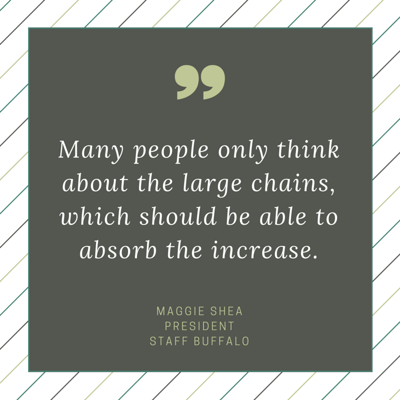 I think the new law is a step in the right direction. It's likely to bring with it some short-term pain for certain small businesses, but I think the overall, long-term economic impact is a positive one. Henry Ford famously said he wanted every factory worker that built one of his cars to be able to afford one. Similarly, our middle class was built on the notion that everyone wins when the average worker has more purchasing power. I think that applies here. I anticipate my business will see even more revenue increases once the new minimum wage becomes law, and I believe the same outcome will occur for many businesses throughout New York. 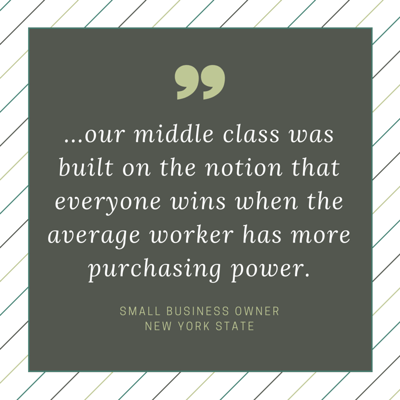 It will have little impact on my business because our lowest paying position already meets the minimum requirement.  I think it will impact NYS negatively because I think decisions were made with many assumptions and without much socio-economic insight/education as to where low income earners would allocate additional pay.

What's interesting is when you look at where the minimum wage is now and where it has historically been in proportion to the average income, it's much lower. So perhaps increasing the minimum wage will be a good thing for the New York economy. But honestly, I'm really not sure if it's going to be a good thing or a bad thing yet. Only time will tell.

- President of an insurance agency

The majority of my clients are small businesses and will feel an impact with each step increase, in addition to creating wage compression with existing employees. In my opinion, this effect will be seen throughout NYS and will put an increased burden on already struggling businesses.

So there you have it. That's what some experts are saying about the new minimum wage law in New York.

How Companies in NYS Can Reduce Sexual Harassment in the Workplace 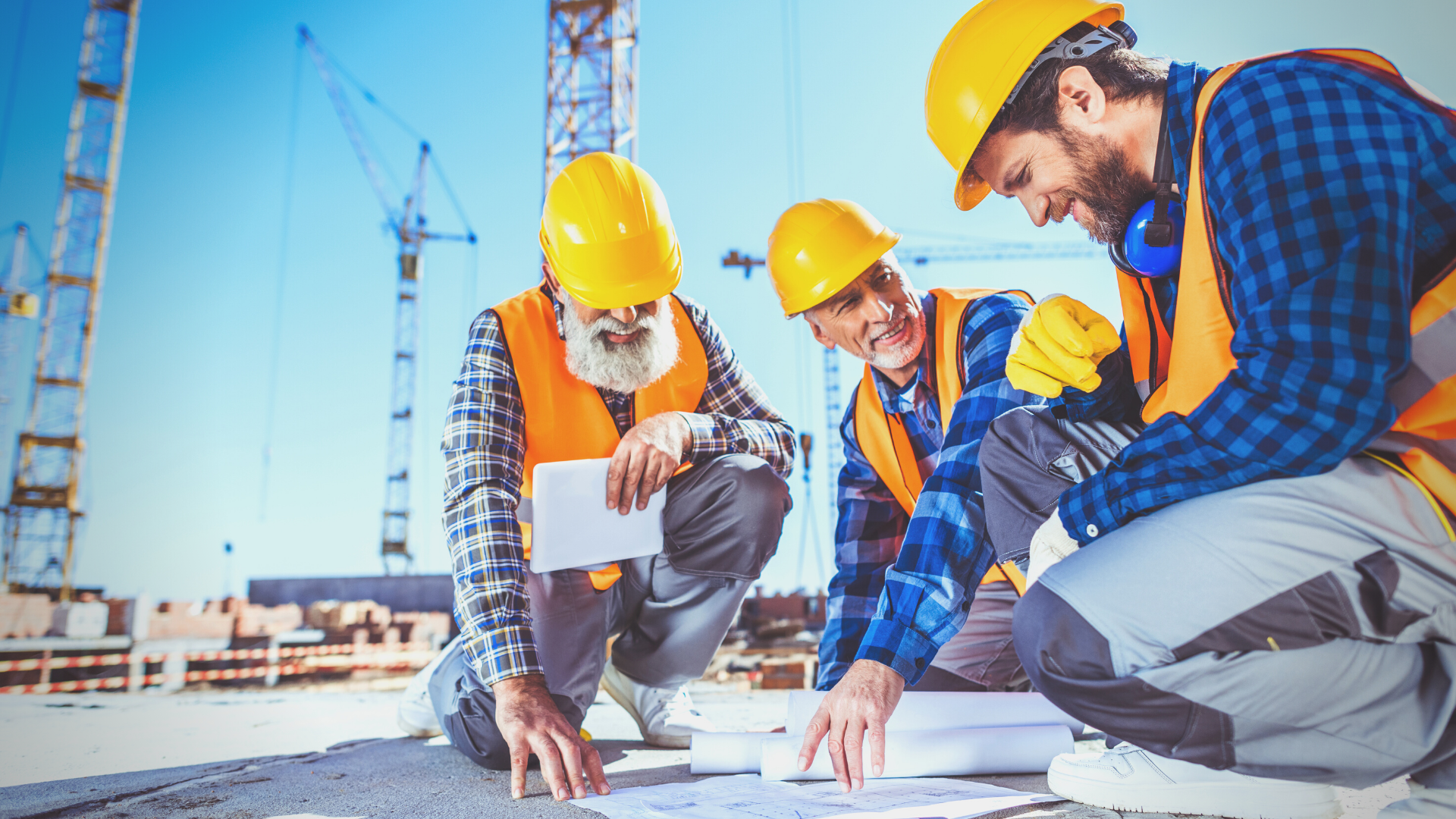