The money and salaries behind the Victoria's Secret Fashion Show 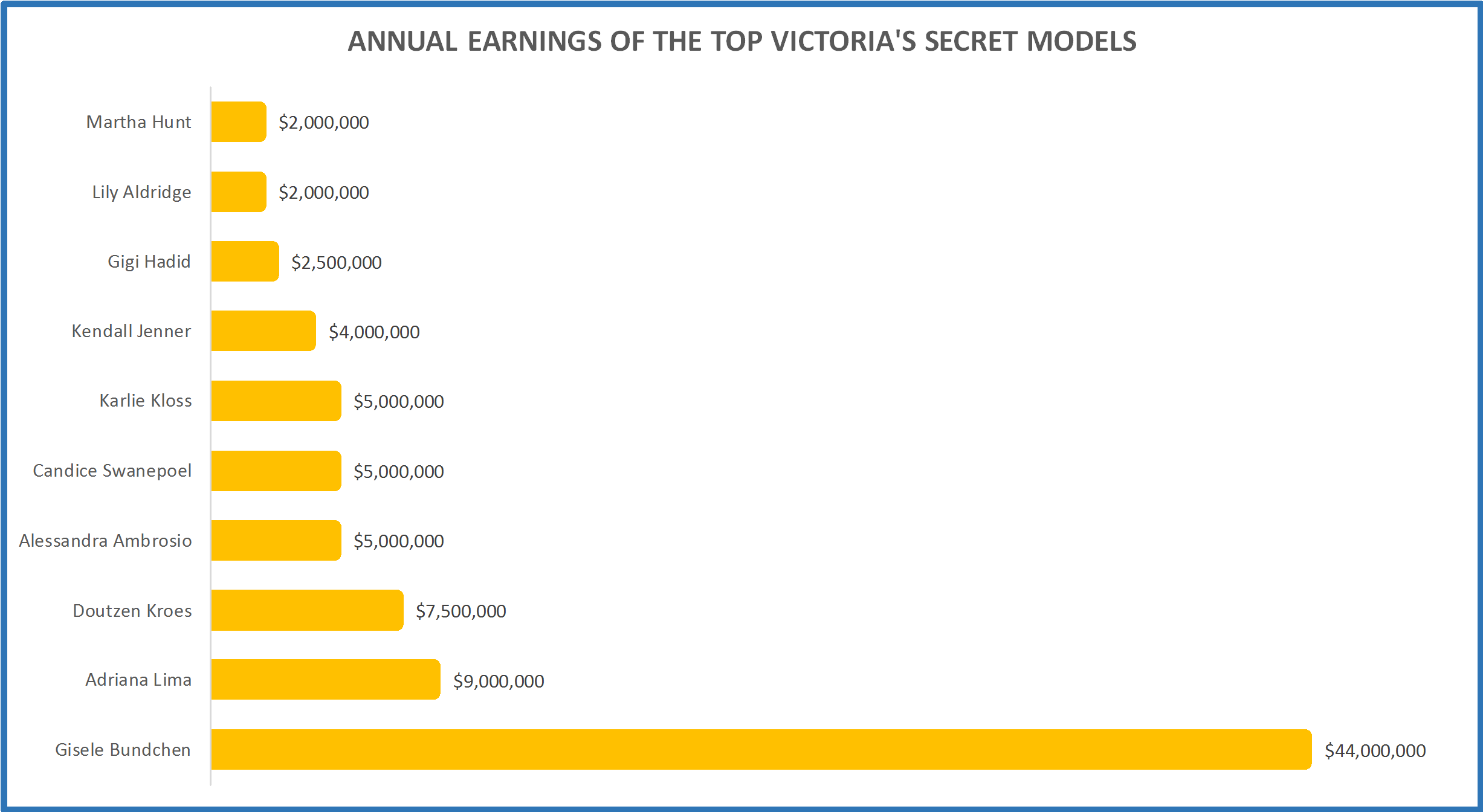 Millions of Americans tune in to watch the Victoria’s Secret Fashion Show in December every year. The production of a fashion show of this magnitude includes a significant number of paychecks being cut. So, we decided to take a deeper look into the salary and pay data of everything “Victoria’s Secret Fashion Show”. From the highest paid supermodels, to the supporting staff/production team, we’ve uncovered it all!

Victoria’s Secret Models are among the highest paid models in the world. These women make anywhere between $100,000-$1,000,000 a year, on average. However, the paychecks increase due to seniority and fame. Some of the most experienced models, like Gisele Bundchen and Adriana Lima, earn significantly more.

Let’s dive into the payrolls of the top 10 highest paid Victoria’s Secret Models, starting with those that receive the largest paychecks. It is important to remember that the salaries of these models are not solely from their appearance in the annual fashion show, but also from their outside fashion endorsement deals. Evidence proves that Victoria’s Secret may be turning into a supermodel launch pad to fame. The idea is for models to build their brand, increase their fame, and fatten their paychecks through endorsements and other opportunities.

Gisele Bundchen is the highest paid Victoria’s Secret model of all time. Bundchen earned an estimated $44 million in 2015 alone and has an outside deal with Under Armour. She has an estimated net worth of $386 million. Following Bundchen, we have Adriana Lima with a $9 million annual salary. Lima also has an endorsement deal with Maybelline. Doutzen Kroes is next with an annual salary of $7.5 million. Alessandra Ambrosio makes $5 million a year and has her own swim line called “Ale by Alessandra Ambrosio”. Candice Swanepoel and Karlie Kloss, also make $5 million a year. 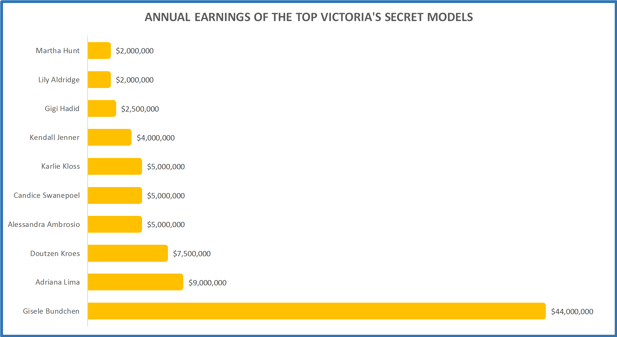 The Angels bringing in the least amount of money yearly are often newcomers. Kendall Jenner, the face of Calvin Klein and Vogue, brings in about $4 million a year from her modeling career. Gigi Hadid works externally from Victoria’s Secret with CoverGirl and makes about $2.5 million annually. Lily Aldridge and Martha Hunt end off the list with $2 million each in annual earnings.

Victoria’s Secret President and CEO Sharen Turney, has disclosed that the fashion show costs an estimate of $22 million up to date. The production of the show costs about $12 million, whereas the promotion for the show is about a $10 million expense. “It’s not as much as you would think and it actually pays for itself five times over”, Turney explains. Part of the shows recuperation costs even occur during the show. With the millions of viewers tuning in to the show, CBS pays Victoria’s Secret over $1 million for the licensing of the show. Don’t forget about the commercials! Reports say that some 30-second ads cost $200,000.

The Victoria's Secret Fashion show is a massive/complex production and hundreds of paychecks get cut for each contribution. The total $12 million production cost is divvied up multiple times and trickles down into the deserving pockets. First you have the costs for the venue, staff and equipment. Victoria's Secret also has to pay the world’s best makeup artists, hair stylists, dressers, assistants, event coordinators, and security. You also have the costs of the performers that grace the stage each year alongside the Victoria’s Secret models (this year’s show includes Lady Gaga, Bruno Mars and The Weekend).

Other interesting (at least to us) facts... 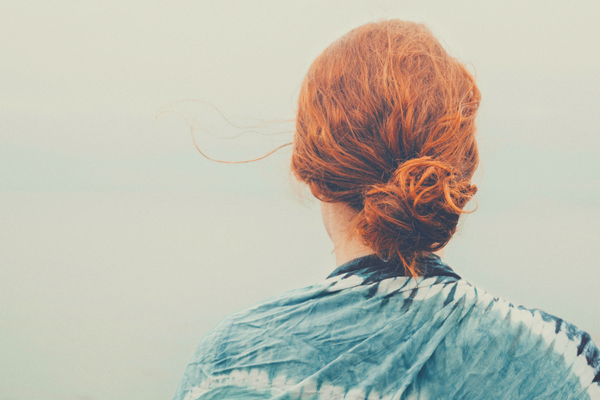 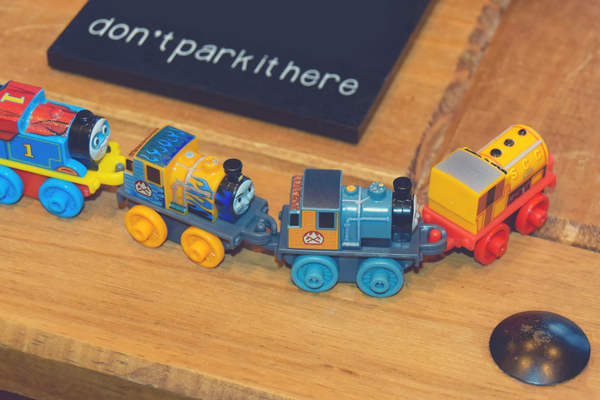 Do I Need to Pay New Employees That Are Still in Training?

When Your Family Business Outgrows the Family - Tips for Hiring, Onboarding and Beyond